Kariya(JAPAN) - March 29,2022- Toyota Boshoku Corporation has developed an IoT seat cover designed to suppress drowsiness while driving. It also collects and visualizes the estimated drivers' drowsiness levels and pre- and post-drive usage data. The verification tests have already been initiated for transport companies.
One aspect of Toyota Boshoku's Materiality* is "Using our established technical capability, we will contribute to realize a society with no traffic casualties through providing products that assure safety." This IoT seat cover initiative is one way we are aiming to accomplish this, with the goal of making it easier for truck drivers to work and to drive their trucks safely and with peace of mind. The IoT seat cover is equipped with a system that estimates the driver's degree of fatigue, and a system that inhibits drowsiness, both of which are connected with a smartphone application. The fatigue estimation system uses a built-in sensor to estimate the driver's heart beat and thereby estimate their state of fatigue, simply by the driver sitting on it. The active driver engagement system uses a dedicated camera in the cabin to detect the driver's eye and head movements to estimate their degree of drowsiness. The system then takes this into account and vibrates the seat cover and plays music accordingly. Estimations taken by these two systems can be sent to the cloud via a smartphone application, allowing it to notify transport company management in real time.
* Toyota Boshoku defined as our materiality the identification of important issues to be resolved through our business operations from among a variety of social issues and the approach we adopt to resolve them. 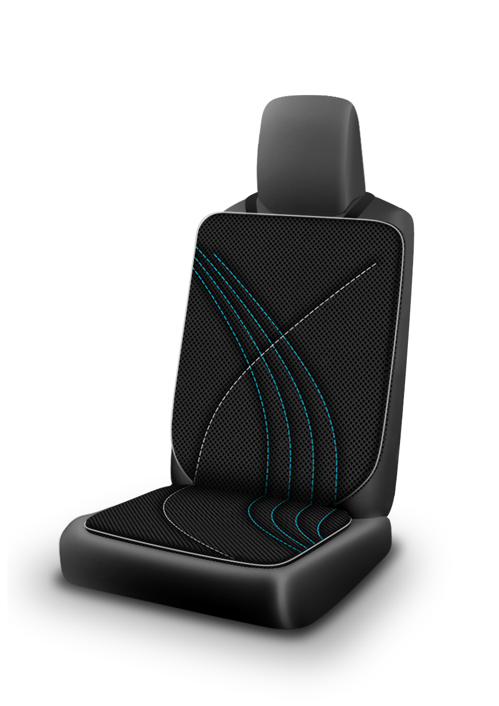 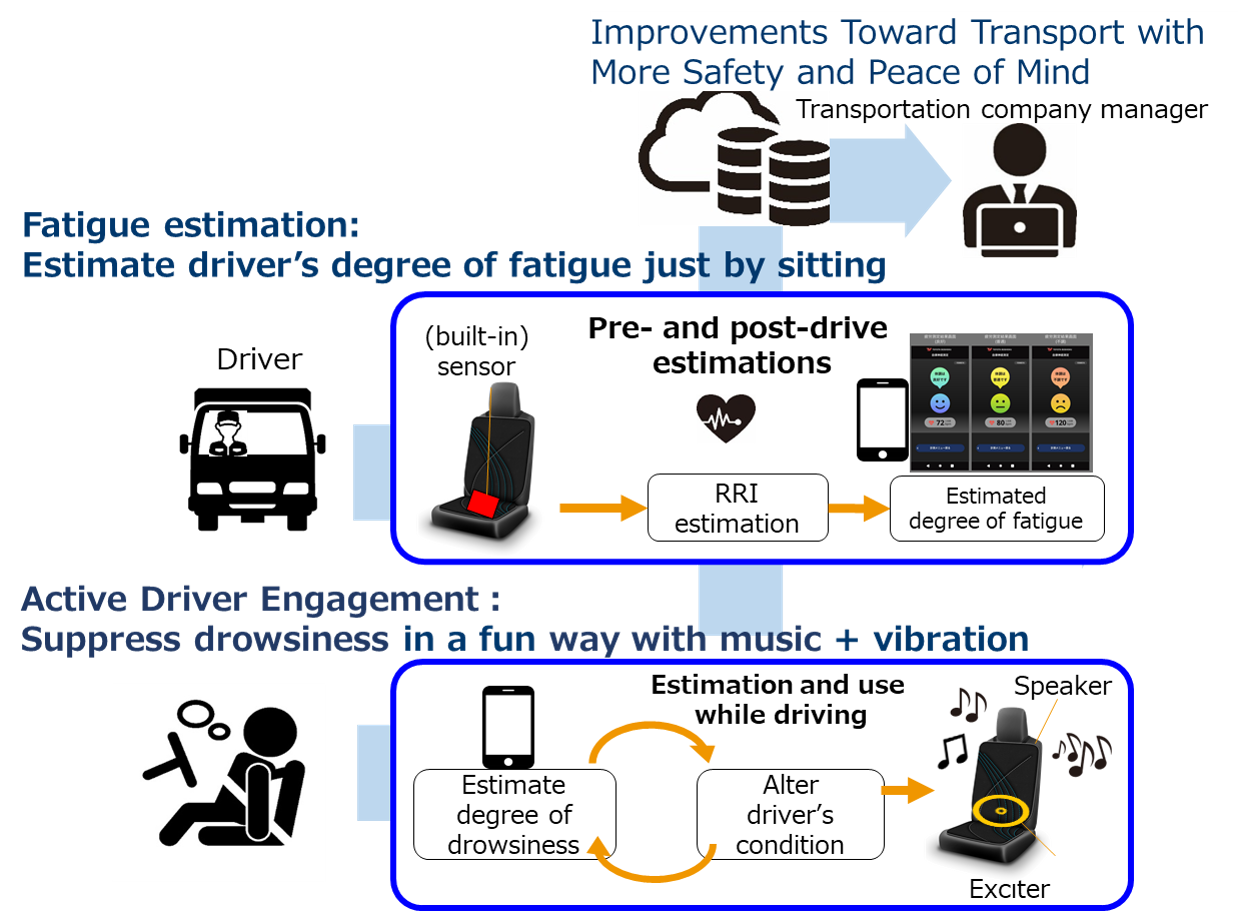 Verification tests are being jointly carried out with Aioi Nissay Dowa Insurance Co, Ltd., using Toyota Boshoku's IoT seat covers for medium- to long-haul drivers at SEINO TRANSPORTATION CO., LTD., and other companies. Estimations on driver fatigue and drowsiness are collected before, during, and after drives. Based on the collected data, analysis is conducted to make improvements including route selection, break timing, and other areas to reduce driver drowsiness and fatigue. In this way the entire system's effectiveness can be verified and through this we are aiming for transport with more safety and peace of mind.