Toyota Boshoku Corporation (Headquarters: Kariya City, Aichi; President: Shuhei Toyoda) plans to construct a new building for technological development, tentatively called the “Sanage Technical Center” within the precincts of the Sanage Plant (Toyota City, Aichi) and to start operations there in June 2009, with a view to strengthening its developmental structure for automobile interior component systems.

So far, Toyota Boshoku has been working on the establishment of an optimum development/production system for each of its three business pillars: the Interior Components Business, the Filtration and Power Train Components Business, and the Textiles and Exterior Components Business. Now, Toyota Boshoku will build this new Technical Center to consolidate its developmental functions for all interior components such as seats, door trims, ceilings, floor carpets, etc., to further strengthen its functions as an interior system supplier which can then offer proposals to wholly produce vehicle interiors.

When the new Technical Center is completed, the developmental functions, which are now separately located in the three plants of Sanage, Fujioka (Toyota City, Aichi) and Oguchi (Niwa-gun, Aichi) will be consolidated into one. This will solidify the scheme for interior component system development, at each stage from design to production engineering. In addition, the functions for the evaluation/testing for riding comfort and for the safety of passengers will be enhanced to enable the development of higher value-added interior systems.

An overview of the new building is as follows: 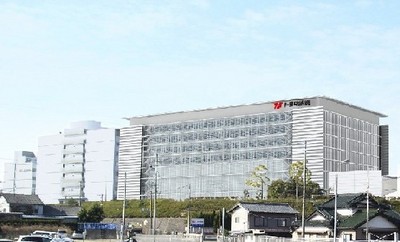