Shanghai (China) 17th December, 2014 – Toyota Boshoku (China) Co., Ltd., the leading manufacture of automobile interior systems, held the social contribution activity that gathers clothing and study goods from all employees, and donated 300 clothes and 60 study goods to the people of Guizhou province and Yunnan Province who are in need of those goods due to poverty and earthquake disaster.

In the future, Toyota Boshoku (China) will continue to hold the social contribution activities in which all employees can cooperate with each other. 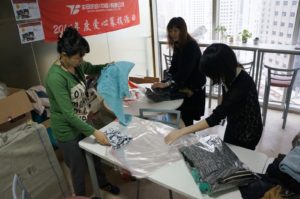 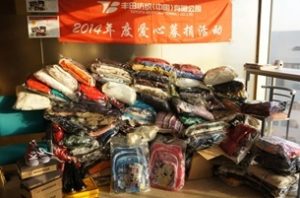