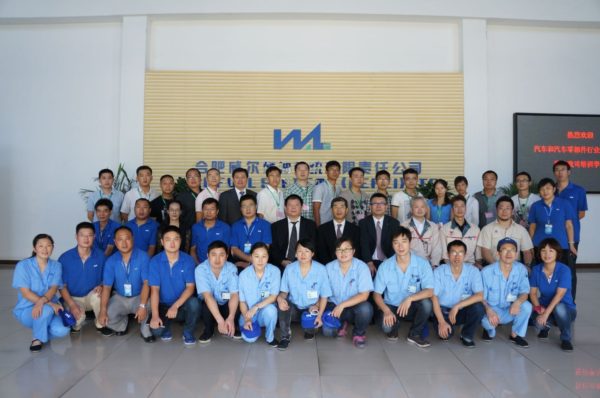 Participants from CAAM, Toyota Boshoku and others companies

Speaking at the launching ceremony of the program, the deputy secretary-general of CAAM, Mr. Li Jingsheng expressed gratitude to Toyota Boshoku for selfless assistance firstly. He pointed out that Currently China had become a major automobile producer after total 60 years development, but it was still far from the world leading level in production efficiency and quality. CAAM was the enterprise service agencies for Chinese automotive industry, carrying out the automotive industry research, and helping enterprises from the actual demand and situation as well. As “TPS” originated from Toyota, CAAM cooperated with the origins companies of the Toyota Group, Toyota Boshoku to carry out the “TPS Kaizen activities”. Through the joint efforts of all parties, CAAM guided every enterprise within the automotive industry to improve continually and upgraded the overall level of China’s automobile industry, realizing China’s “auto power dream.” 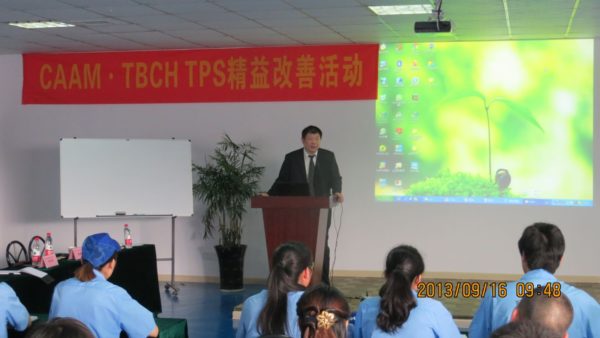 Deputy secretary-general of CAAM, Mr. Li Jingsheng made a speech

The president of Toyota Boshoku (China), Mr.Sunao Yamamoto made a speech and firstly extended his appreciation for CAAM cooperation with Toyota Boshoku. He said that as a corporation established nearly a hundred years, Toyota Boshoku had set up over hundreds of companies worldwide. Toyota Boshoku was invited to participate in this event, and would send the best team of experts to great lengths to carry out guidance activities with CAAM regularly. At same time, he mentioned that TPS (Toyota Production System) has no end, and would be invincible position with improving continually. He hoped that participants in the event would be in a better position with the strong support from the leadership of the companies and worked together to achieve common goal. 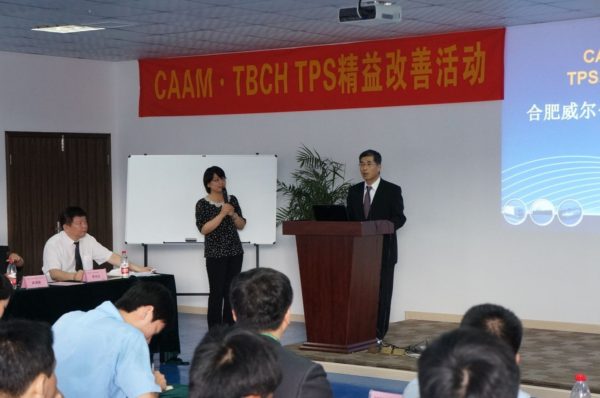 On behalf of the participating enterprises, the General Manager of Wal Fuel Systems (HeFei) Ltd where the first event location, Mr. Shi addressed on the ceremony. He said that generally there were a variety of problems existing in the management of Chinese enterprises currently. Some companies just desired instant gratification, were eager to change the present situation, but they had no idea where to start. The TPS lean guidance activities, The non-profit activities that co-hosted by CAAM and Toyota Boshoku with dependable and strong guidance team was a rare opportunity for enterprises. As a participating enterprise should actively involve in activities, and effectively grasped this opportunity to solve business problems, and enhance the competitiveness of enterprises under helping of the guidance team. 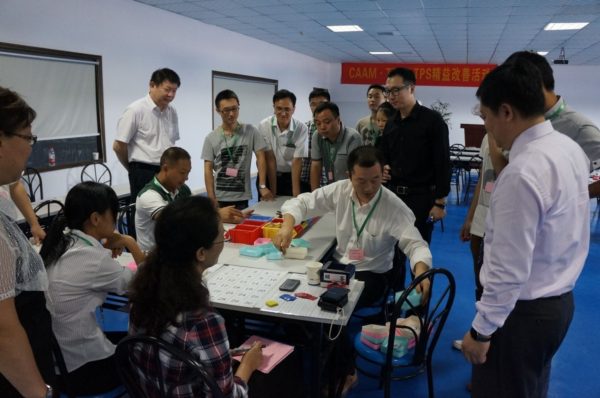 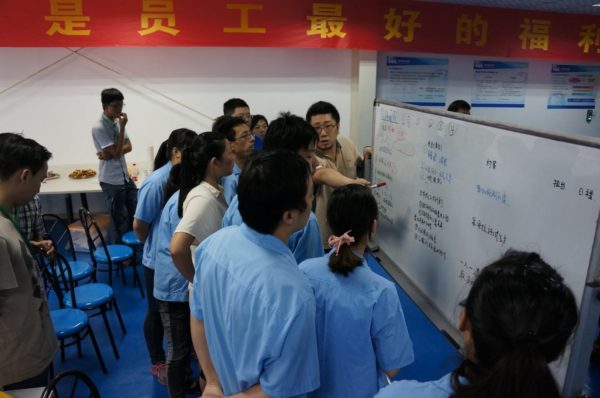