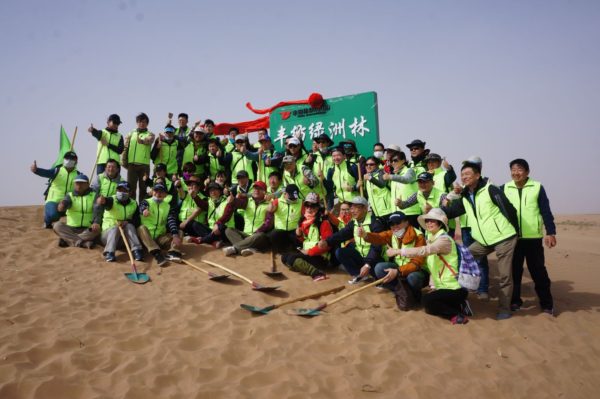 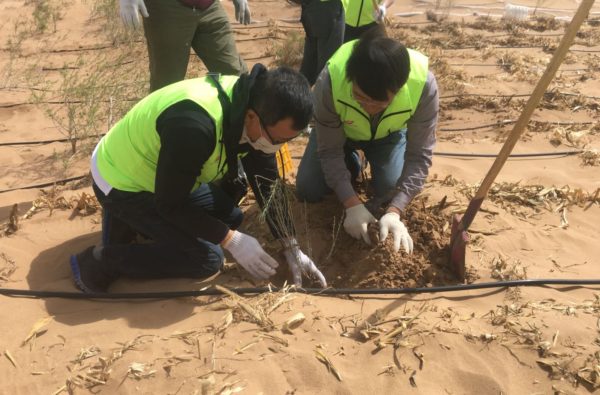 The seed of saxoul, a highly viable plant is sowed

“Toyota Boshoku Oasis Project” is an important initiative first launched by Toyota Boshoku China in 2013 in collaboration with China Green Foundation. Thanks to this project in the past 4 years, over 14,000 trees were planted in desert areas by an increasing number of employees who realized the importance of anti-desertification. 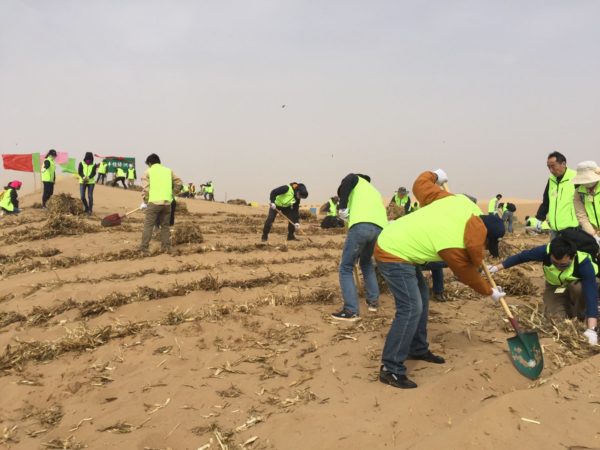 Toyota Boshoku China will continue to make due contributions to a greener China by mounting efforts on anti-desertification and passing on to more stakeholders the value of ecological management and environment protection.